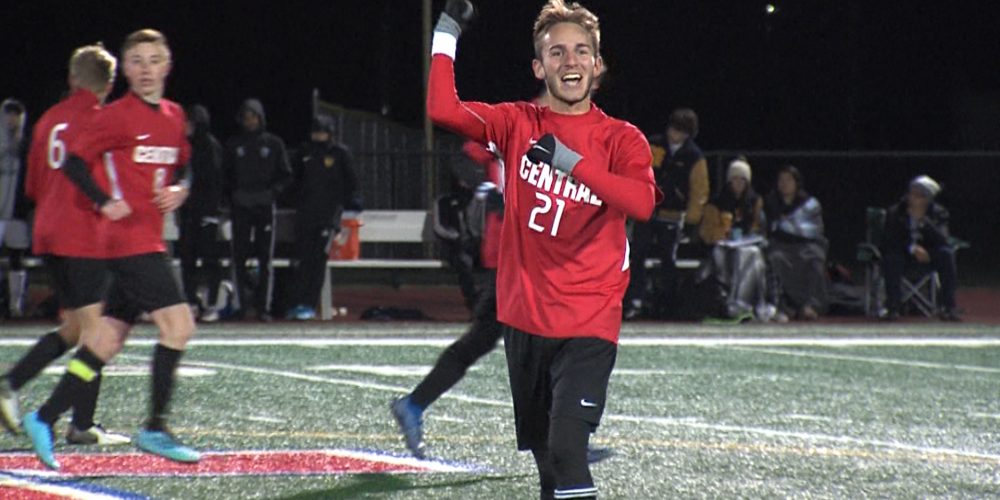 Sectional champions squared off on Thursday night for the right to advance to Sunday’s state finals at Kean University. Check back throughout the night for all of the highlights!

This head-to-head matchup of two undefeated teams delivered one of the most wild, roller-coaster games there’s been in 2019. After battling to a 2-2 score late in the second half, a fight broke out with :01 remaining in regulation. Each team had a player ejected after red cards were doled out. Clifton, however, battled through the adversity and came out with the win courtesy of a Danny Tobon golden goal (96′). The Mustangs will face Hunterdon Central in the Group 4 title game Sunday afternoon.

JSZ’s Jay Cook has the highlights from Franklin High School:

The Red Devils fell behind 1-0 early before storming back to take down the Mariners. Ali Baish opened the scoring for Toms River North, before Central’s Brady Mullins tied the game before halftime. Marc Costa gave the Red Devils the lead early in the second half, and they hung on for the victory. Hunterdon Central will face Clifton in the Group 4 state final on Sunday at 12:30.

JSZ’s Mike Frankel has the highlights from Washington Township:

Nico DellaPietro’s half-volley five minutes into overtime gives Wall a spot in the state championship game for the first time in 15 years. The Crimson Knights girls’ soccer team reached Kean University on a golden goal one day earlier and now the boys are heading to Union as well. Wall picks up its 16th shutout of the season. JSZ’s Rich Chrampanis has the highlights from Toms River North:

Millburn advanced to the Group 3 State Championship for a second consecutive year following a close 1-0 battle with Montville. The Millers scored in the 58th minute when Malcolm Migoya found brother Alex for the games only goal. Keeper Zach Barr finished with 12 saves. Millburn will look to take home their first title since 2012 after falling to Ocean Township in the big game last season. JSZ’s Nery Rodriguez has the highlights:

Frankie Taylor scored twice in the first six minutes to give Delran a spot in the Group 2 state championship and a matchup with Bernards in the state finals this Sunday at Kean University. Delran lost in the state semifinals the previous four years, but the fifth time is the charm. JSZ’s Kenneth Bradley has the highlights from Hopewell Valley High School:

Thanks to Quick Chek for sponsoring JSZ’s state playoff coverage!

JSZ’s James Mooney has the highlights from Paul VI:

Coverage of the NJISAA Playoffs is brought to you by QuickChek.