Louis King had 26 points and seven boards as the Hawks pulled away in the fourth quarter after trailing 46-43 at the end of three quarters.  King had 16 in the first half and his thunderous dunk early in the 4th started the Hawks quest to beat a Celtics team that handed them two losses last year.  Valdir Manuel was outstanding for the Patrick School with 20 points and 11 rebounds.  Luther Muhammad added 15 and Jahvon Quinerly had 10 points and 8 assists for Hudson Catholic who are now 6-3.  Watch the highlights and post-game reaction from the Dan Finn Classic at the Jersey City Armory:

This matchup was the second of seven games being played at the Coaches vs Cancer Shoot-Out at Montgomery high school. North Hunterdon came into this game with a 4-4 record, but right out of the gate the Lions were moving the ball well and had Westfield 40-28 by halftime. Leading scorer for the lions was Mike DeSantro with 22 points, and teammates Aham Cooks and Wes Reinagel both put up a strong defensive performance. Check out full highlights now: 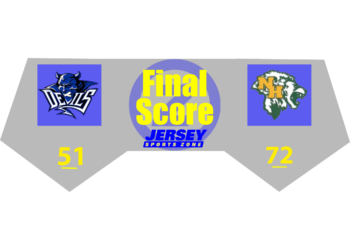 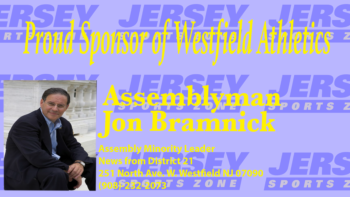 Coverage of Westfield is brought to you by Assemblyman Jon Bramnick. Thanks to Mr. Bramnick, JSZ will be bringing you the best Blue Devils Highlights all season long!

Hillsborough and Lawrence are both off to a rocky starts this season and desperately needed today’s win. However, it was Hillsborough who came out hot in the first quarter. With a 31-11 lead at halftime, the Raiders took the win and improved to 4-5 as they head into their in-conference game next week against Hunterdon Central. Today’s leading scorer with Pat Vinchur with 10 points, check out his highlights and more: 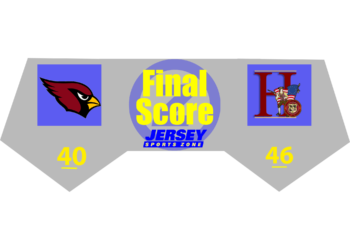 Coverage of Hillsborough is brought to you by Princeton Orthopaedic Associates. Thanks to Princeton Ortho JSZ will bring you the best of Raider athletics, all season long!

The 6th game in Montgomery’s Coaches vs Cancer Shoot-Out featured the Bridgewater-Raritan Panthers and the Woodbridge Barrons. Both teams came into the game with 5-3 records, and that may be why it was a back and forth battle all the way through the last few minutes of the fourth quarter. In the end though, it was Bridgewater who came out on top and improved to 6-3. There were two leading scorers for the Panthers, Sterling and Doug Collins, who each had 16 points. Full highlights now available: 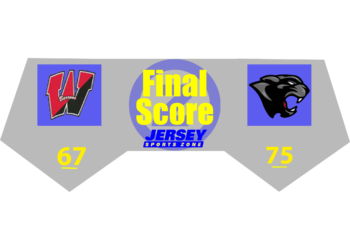 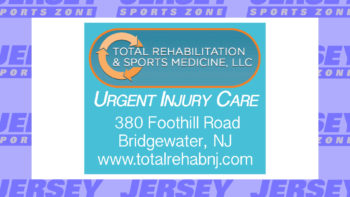 Coverage of Bridgewater is brought to you by Princeton Orthopaedic Associates and Urgent Injury Care. Thanks to these two generous sponsors, Jersey Sports Zone will bring your highlights of the Panthers all season long!

Montgomery, the host team of the annual Coaches vs Cancer Shoot-Out, dominated this game from the start. Rohan Prakash was the Cougars’ leading scorer with 13 points, 4/5 from the foul line, and Riley Greene contributed 11 points, making 2 3FGS, leading Montgomery to their eighth win this season. Full highlights now available: 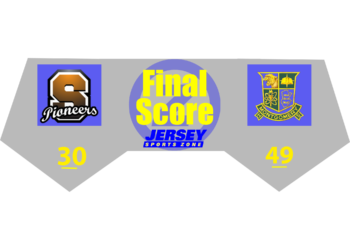 Coverage of the Montgomery Cougars is brought to you by Princeton Orthopaedic Associates. Thanks to Princeton Ortho JSZ will bring you the best of Cougars highlights all year long!

The Monarchs got a triple-double from Bridget Andree (29 points, 12 rebounds, 10 steals) to get to 8-0 on the season.  JSZ has the highlights from a sensational performance by the Trinity Hall senior:

The biggest game in Trenton saw some high flying action as Gil St. Bernard transfer, Khalif Battle showed why he was one of the best players in South Jersey. The Iron Mike’s got off to a slow start, but picked it up nearing the of the first quarter to put on a dominating 75-57 performance for victory over Trenton. Watch the highlights: 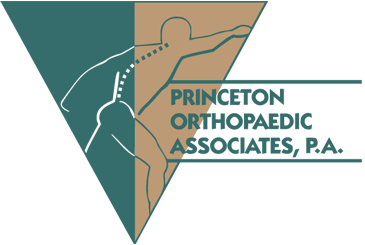 Thanks to Princeton Orthopaedic Associates for sponsoring our Trenton Catholic and Trenton coverage on JSZ!

The 5-1 Allentown Red Birds put on a stellar performance against Robbinsville on Saturday. Ryan Weiss dropped 20 in the 65-35 win over the Ravens. Allentown proving they might be the team next to Notre Dame to beat in the CVC. Watch the highlights now:

Thank you to Princeton Orthopaedic Associates for sponsoring our Allentown and Robbinsville coverage on JSZ!