The Shore’s Best Football Camp featured four days of instruction from 25 college coaches at Riverwood Park in Toms River.  The final day featured recruiting analyst Chris Melvin hosting an Elite Recruits showcase and the talent did not disappoint.  Top players from across the state went through one on one drills. 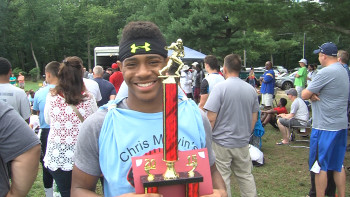 More Coverage from the Showcase This Week on SSZ

A special thanks to the staff at the Shore’s Best Football Camp and Chris Melvin for allowing us to tell some great stories and spotlight football players as we gear up for the 2015 high school football season.  Here’s what we have coming up later this week on SSZ:

Our friends at Nutrishop ask us to find great stories about kids around their four locations on the Jersey Shore.  We’ll talk with twin brothers from Brick Memorial who are chasing the dream of playing college football together. 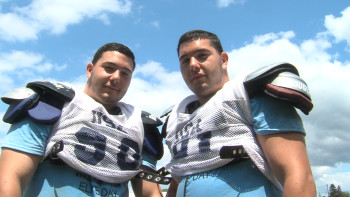 SSZ talks with Saint John Vianney quarterback Anthony Brown about his commitment to Boston College and his trip to California to take part in the Elite 11 Quarterback semifinals – an honor for reserved for the top 30 signal callers in the nation. 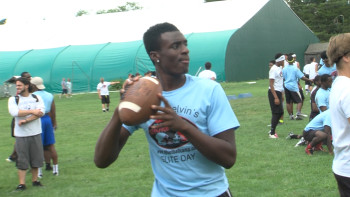 He’s only a rising junior, but Mater Dei Prep wide receiver Eddie Lewis is getting a ton of attention from colleges across the country.  SSZ talks with the All-Zoner about how he’s handling the process and how it has motivated him to become better on the field and in the classroom. 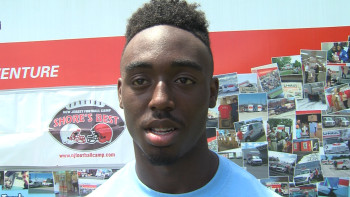