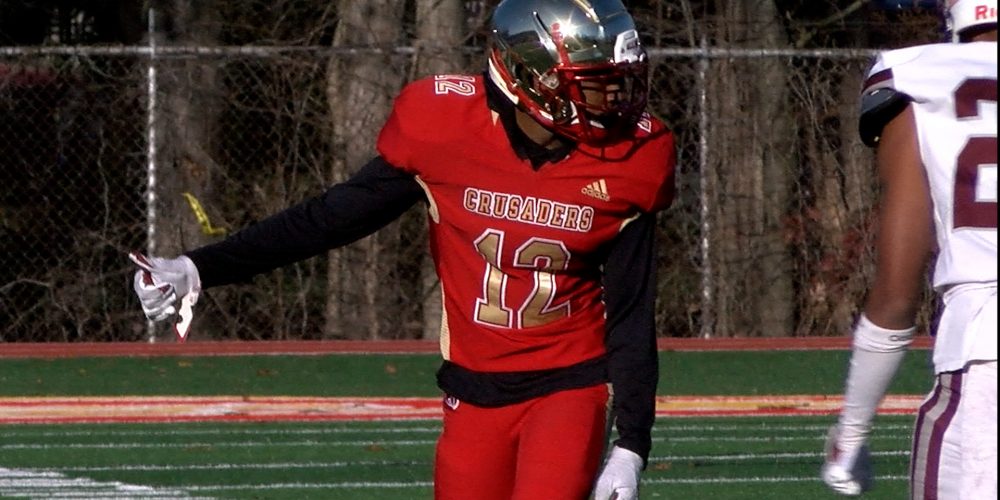 The Bellamy legacy of producing Division 1 defensive backs is officially on.

Bellamy, a 5-11, 170-pound defensive back, burst onto the scene at Bergen Catholic last season and immediately became one of North Jersey’s top two-way threats in his first year with the Crusaders. Bellamy had 194 yards and three touchdown receptions and also collected 14 tackles and a pick-six in six-game, COVID-shortened junior season.

He collected 23 offers and pared his decision down to a final three consisting of Notre Dame, Penn State and Rutgers.

Coaches around the state know Bellamy as a player with top-end speed who packs a punch in the run game. That well-rounded game will serve him well this upcoming season as Bergen Catholic is expected to be among the best in New Jersey.