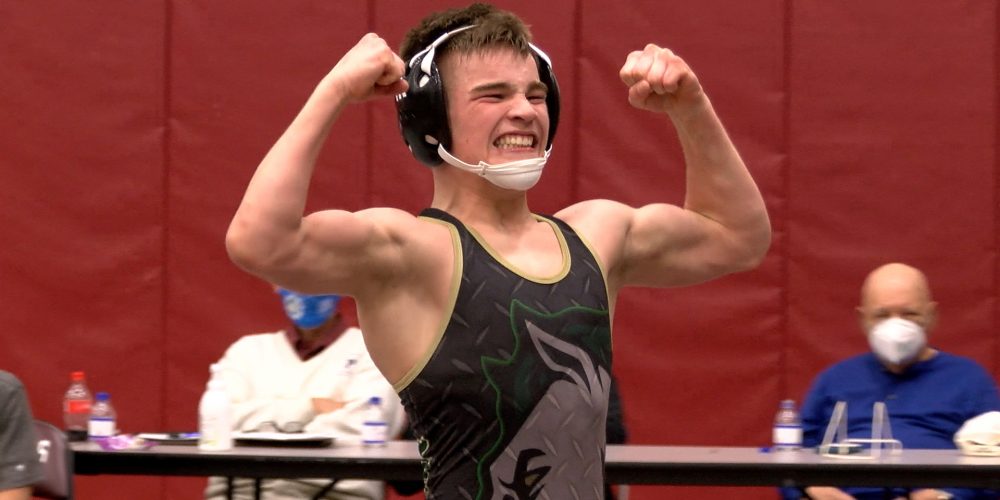 The 2021 wrestling season was certainly unique, with no team titles up for grabs and the state tournament relocating from Atlantic City to Phillipsburg. JSZ’s cameras were along for the ride as the state’s best wrestlers made it a season to remember. Our JSZ Summer Recap Series continues with the Top 10 wrestling moments of the year.

Bloomfield’s Kira Pipkins used a 2-0 decision victory to capture her second state crown, and puts her on pace to potentially be the first girl in NJ history to win four state titles. JSZ’s Jay Cook was on the call:

The Cougars pulled off an unforgettable upset victory over rival High Point, making coach John Gill the fifth coach in New Jersey history to reach 600 wins. JSZ’s Jay Cook was on the call:

Lakewood’s Jayla Hahn made a thrilling comeback in the final 15 seconds of the 143-pound state final to win her first state title, adding more hardware to the storied Hahn family legacy in NJ wrestling. JSZ’s Rich Chrampanis was on the call:

No. 7: Brian Soldano caps undefeated season with a state title

High Point’s Brian Soldano left no doubt in Phillipsburg, capturing his second state title with a second-period pin in the 182-pound final. JSZ’s Jay Cook was on the call:

There were no team titles on the line this season, but Delbarton showed it still had one of the best lineups in the state in 2021. The Green Wave knocked off Kingsway in a battle of top-ranked teams and proved to be one of the best duals of the season. JSZ’s Mike Frankel was on the call:

No. 5: Santaniello Brothers bring a pair of state titles to Brick Memorial

Vincent and Anthony Santaniello authored a special chapter in Brick Memorial wrestling history as the brothers each captured a state championship in Phillipsburg. JSZ’s Jay Cook and Kenneth Bradley were on the call:

History was made in Phillipsburg as Princeton’s Chloe Ayres and Manalapan’s Jess Johnson became the first girls in NJ history to win three state championships, capping off a pair of stellar high school careers. JSZ’s Rich Chrampanis and Kenneth Bradley were on the call:

No. 3: Aaron Ayzerov wins state title on a torn meniscus

Aaron Ayzerov gave one of the performances of the year, pushing through a serious knee injury to capture the 170-state title in Phillipsburg. JSZ’s Rich Chrampanis was on the call:

Hanover Park’s Joey Olivieri needed every second of the 138-pound final, denying Eddie Hummel in the UTB to bring home his third state championship. JSZ’s Jay Cook was on the call:

Brick Memorial’s David Szuba provided one of the best moments of the state finals pinning Toms River North’s John O’Donnell to win the 285-pound title in a rubber match between two of the Shore Conference’s best wresters. JSZ’s Jay Cook was on the call: