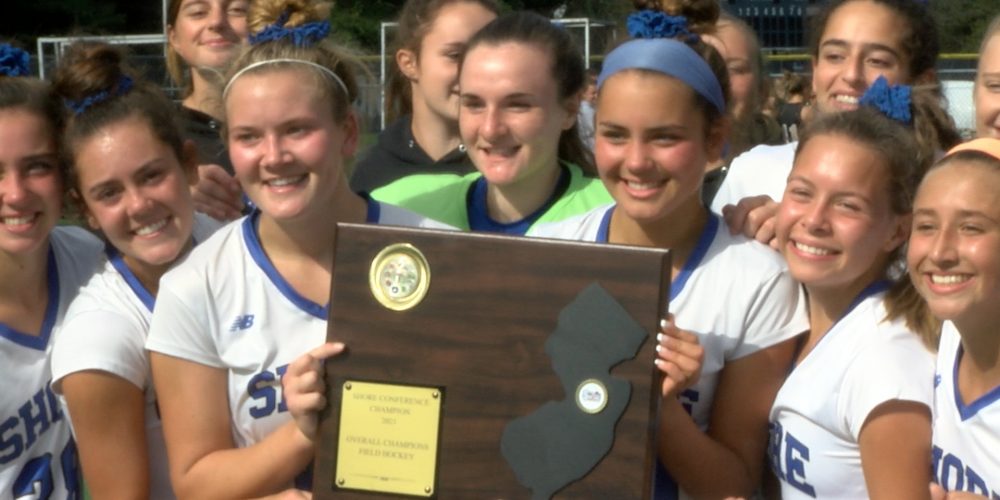 The Blue Devils win the Shore Conference Tournament for the 20th time in program history and for the first time since 2013. Watch highlights of Shore’s win over Point Pleasant Boro at Monmouth University

Maggie McRae scored a pair of goals and Libby Doehner added a score to give the Blue Devils the Shore Conference field hockey championship for the first time since 2013. Rumson-Fair Haven had won the previous six SCT field hockey titles. RFH lost in the quarterfinals this year opening the door for Shore to earn the 20th Shore Conference title in program history. The Blue Devils (20-1) handed Point Boro (20-1) its first loss of the year. McCrae scored with 1:22 to go in the half to give Shore a 1-0 halftime lead. The junior then scored again off a penalty corner early in the third with Doehner delivering the exclamation point four minutes later. JSZ’s Rich Chrampanis has the highlights and interviews from Monmouth University: