National Signing Day means dreams are realized for some of the best players in New Jersey. JSZ pays a visit to the reigning Tournament of Champions winners for a special day.

Roselle Catholic’s senior class of 2023 is shaping up to be one of the most talented in the schools’ storied basketball history.

On Tuesday, Simeon Wilcher, Mackenzie Mgbako and Akil Watson all signed their national letters of intent to some of the nation’s elite hoops programs.

Wilcher, a five-star ranked player, is entering his fourth season as a Lion and will be continuing his career at the University of North Carolina after graduation.

After spending three seasons at Gill St. Bernard’s, five-star forward Mackenzie Mgbako is now at Roselle Catholic. One of the country’s most well-rounded players signed with Duke University.

Akil Watson started 30 games a season ago for Roselle Catholic. He’ll continue to be surrounded by Jersey roots at the next level – he signed to play for New Jersey native Bobby Hurley at Arizona State.

JSZ’s Jay Cook has the story from Roselle: 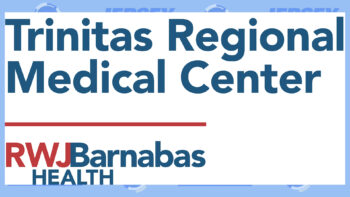 Jersey Sports Zone’s coverage of Roselle Catholic is brought to you by Trinitas Regional Medical Center.