Kate Fahey skipped her junior year of high school tennis to focus on the national tennis scene.  The future University of Michigan Wolverine came back to compete for RFH to complete some unfinished business

RUMSON – Rumson-Fair Haven’s Kate Fahey captured the NJSIAA girls singles state championship on October 18th with a 6-2, 3-6, 6-1 win over Millburn’s Stephanie Schrage at Mercer County Park.  Fahey, the top seed in the 128 player draw, will play Division I college tennis at the University of Michigan.  Being a state singles champion is usually at the top of a high school player’s resume, but Fahey has higher accolades on the national tennis scene.

Fahey made the decision to not compete for RFH in her junior season and focus on competing nationally.  “Junior year is definitely the most important year recruiting wise,” Fahey told SSZ.    “Tennis college coaches don’t really look at high school tennis and the results in it and in order to catch the attention of a lot of them, I needed to play more USTA matches and get my ranking up as much as possible.”

Fahey saw her national ranking move up from 50 to 5 during the year and a commitment to the University of Michigan.  With her college choice complete, the door was open to return to RFH and play her senior season with the Bulldogs.   Her victory in the state singles tournament was especially sweet after reaching the finals and falling short in her sophomore year.  “Going in I knew the state championship was my biggest goal,” Fahey said.  “Ever since my freshman year I really wanted to win that state championship and I’m so glad I could do it in my last chance and it’s such a relief and such a good feeling”. 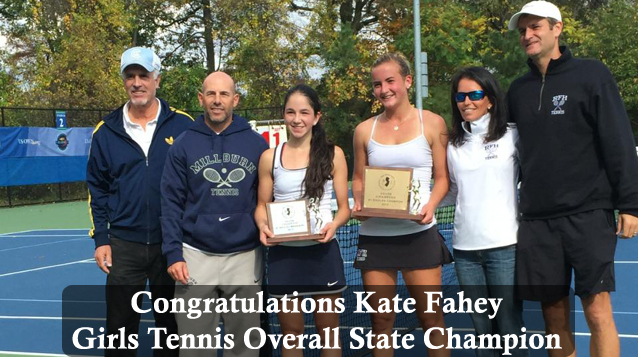 Michigan women’s tennis finished 17th nationally in 2014.  Fahey plans to not take much time off after her state title.  She is looking to play some low level pro tournaments and continue to compete in USTA to get ready for college tennis.  She has the skill set and resume to compete beyond her college career.  “I’m someone who hates rest,” Fahey said. “I’m going to try and play some pro tournaments this spring.  I think I’ve had success nationally so I think the next step up is definitely pro tournaments.  Playing different players, definitely older will give me more experience and give me the confidence to know that I can compete with some of the best players out there.”

Each month, Shore Sports Zone will profile an athlete who trains at RYPT.  Reach Your Potential Training has become the home of many of the Shore Conference’s top athletes in numerous sports.  A lot of the athletes you see on the highlights on Shore Sports Zone are putting in the hard work in critical training at RYPT to get ready for their season.   Coming soon, SSZ will take you inside the RYPT facility and show their elite training methods that are getting kids throughout the Shore Conference college scholarships! 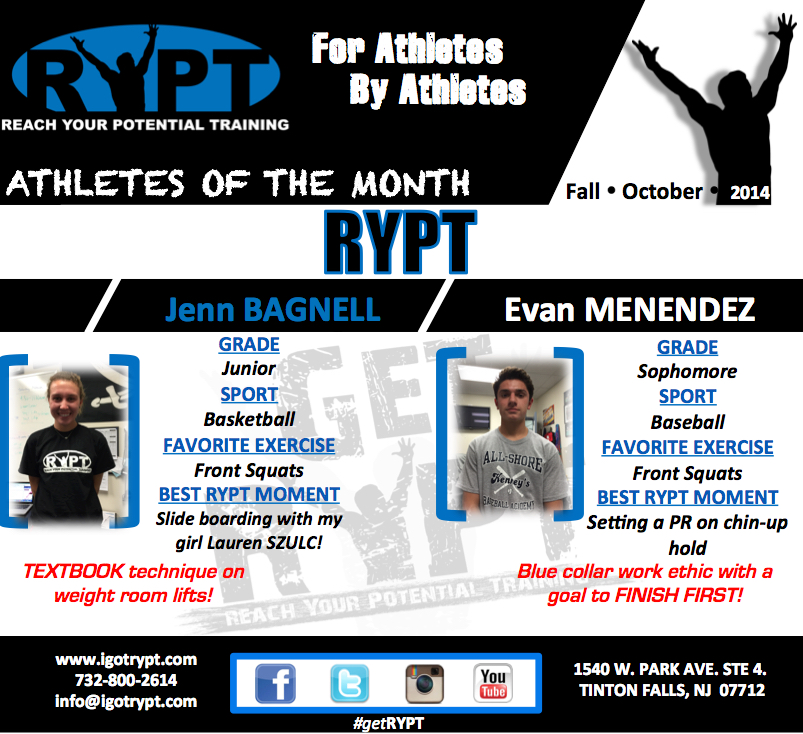