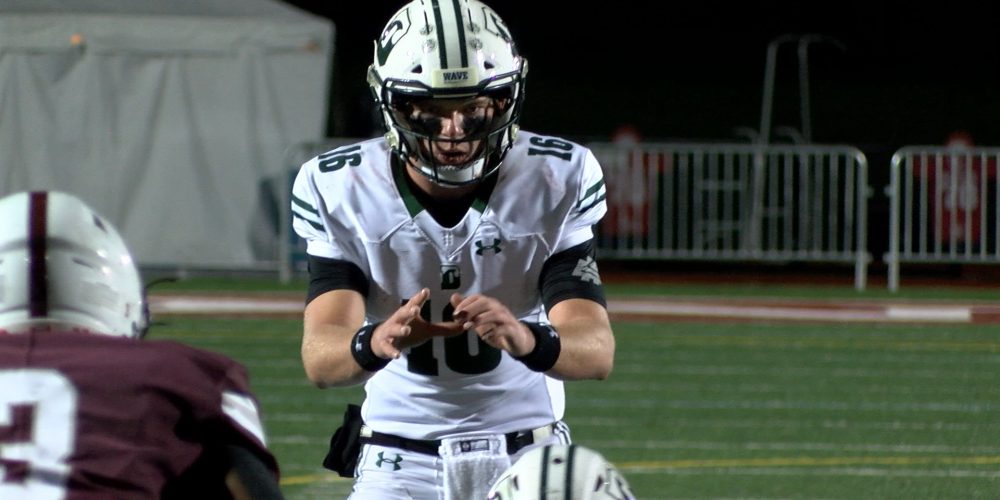 Cole Freeman is the perfect blend of hard work, raw talent and commitment to the game.

The Delbarton signalcaller officially took the next step in his football career Sunday when he announced he had committed to play at Brown University.

Freeman has blossomed into one of the best New Jersey quarterbacks this season. His Delbarton Green Wave are an impressive 4-0 so far in 2020 and have captured signature wins over fellow non-public programs like Seton Hall Prep, DePaul, Don Bosco and Pope John.

This year, he’s completed 48-72 passes for 607 yards, along with nine touchdown passes to only two interceptions. Freeman’s also collected 210 yards rushing with an additional score on the ground.

Freeman is the latest in a long line of Delbarton student athletes who have moved onto the Ivy League ranks to play collegiate sports.

Stay tuned in with Jersey Sports Zone for the latest news and updates on New Jersey high school athletes.