MIDDLETOWN – Bobby Hampton scored four goals, but Freehold Township rallied from two three goal deficits to earn a 5-5 tie with Middletown North on Tuesday night at Middletown Ice World.  Hampton scored one goal in the first, one in the second and two goals in an eight second span early in the third period, but Freehold Township came back from 3-0 down with two goals in the final minute of the second period and rallied from 5-2 down in the third period.  The Patriots second goal featured a tremendous individual effort by Julian Kislin, who worked his way around three Middletown North defenders to deliver a perfect feed to Max Halverson who finished with a backhand.

iPlayAmerica Game of the Week

Three Friday night high school hockey matchups are in the hunt for our iPlayAmerica Game of the Week.  The winning matchup will get extended highlights and post-game reaction on Shore Sports Zone as well as the new SSZ T-Shirts thrown out in the stands (we’ll ask the Zamboni guy to throw them out!).  Click HERE to cast your vote now!

With high school basketball fans coming out in full force to vote for SSZ hoops Game Balls, we didn’t want to leave the loyal hockey fans out of the mix.  This Sunday, we’ll post the top performers from the week on the ice and fans can vote your favorite player a chance to win the Shore Sports Zone Game Puck.  Thanks again for watching our highlights and supporting our sponsors. 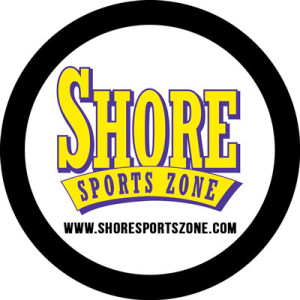