Jersey Sports Zone brought the top players from the 2017 New Jersey high school football season to the APA Hotel in Woodbridge for our first football banquet.  Our All-Zone consisted of top position players from around the state.  Our Plays of the Week and Plays of the Year winners were also honored.  The night culminated with our Prep Offensive and Defensive Players of the year and the presentation of JSZ’s Zoneman Trophy, awarded to the top player in New Jersey.  Freehold Boro’s Ashante Worthy captured the vote from coaches and media around the state following a 4,000 yard combined offensive season with over 60 touchdowns for the Colonials:

JSZ secured votes from head coaches and media around the state (55 total) to ask their vote for the most outstanding player in New Jersey.  1st place votes get 3 points, 2 points for 2nd and 1 point for 3rd.  Here are the results of the top 6 vote getters and our Zoneman Finalist Podium: 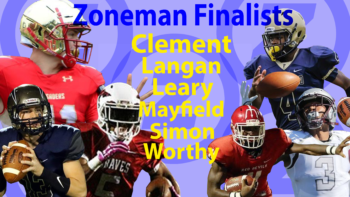 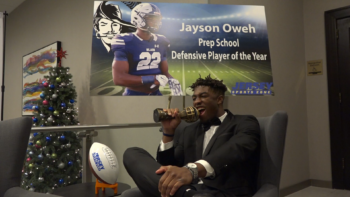 Thanks to everyone who voted all year long on JSZ!

JSZ Play of the Week Winners

2017 JSZ Plays of the Year Winners

We will post individual links to each players highlight reel this weekend on JSZ!