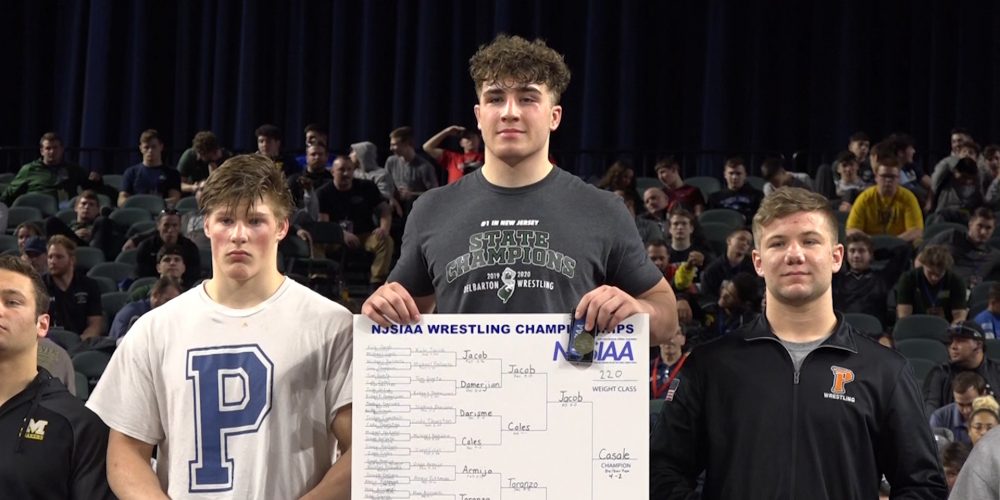 The change in schedule to the NJSIAA wrestling season has created a conflict with a prestigious national event. JSZ talks with Delbarton’s PJ Casale and St. Joe-Montvale’s Jimmy Mullen about the difficult decision to miss the 2021 state tournament at Phillipsburg High School

Delbarton’s PJ Casale and St. Joe-Montvale’s Jimmy Mullen stood on top of New Jersey wrestling last March in Atlantic City. Casale won the 220-pound state title and Mullen was the heavyweight champ as a freshman. Both wrestlers are currently ranked #1 in the state heading into regionals but the state finals in Phillipsburg are happening at the same time as the United World Wrestling’s Cadet Nationals in Wisconsin Dells, Wisconsin. The NJSIAA shifting wrestling from its traditional winter spot to the newly formed “Season 3” due to the pandemic moved the state finals from March in Atlantic City to April 23-24 at Phillipsburg High School.

Casale and Mullen made the difficult choice to opt out of the NJSIAA state tournament for the chance to represent the United States in international competition. The UWW Cadet National champions in freestyle and Greco-Roman will compete internationally at the UWW Cadet World Championships in Budapest, Hungary in July. JSZ talked with the two wrestlers about their decision:

JSZ was in Atlantic City last March for Casale and Mullen’s state championship wins. Watch those below and bets of luck to PJ and Jimmy at Cadet Nationals!