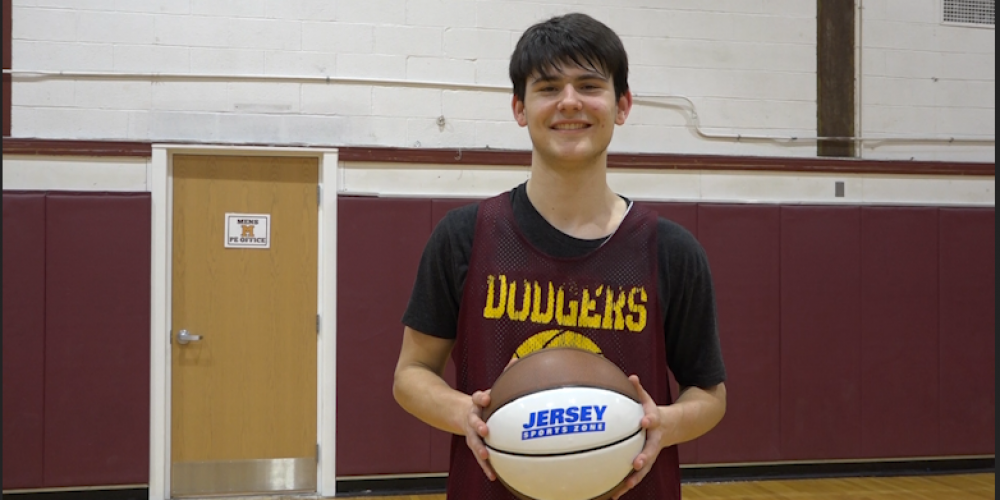 The Madison Dodgers opened the preliminary round of the Morris County with a win over Morris Knolls. A huge factor in their win was sophomore Andrew Stack. Stack lead the Dodgers with 26 points and he was lights out from downtown, knocking down six three-pointers! He was praised for his defensive efforts as well. Andrew dominated on the court and in the polls as he earned over 65% percent of the vote to win the North Jersey Week 5 Game Ball.

JSZ’s Kenneth Bradley caught up with the Dodgers after practice: