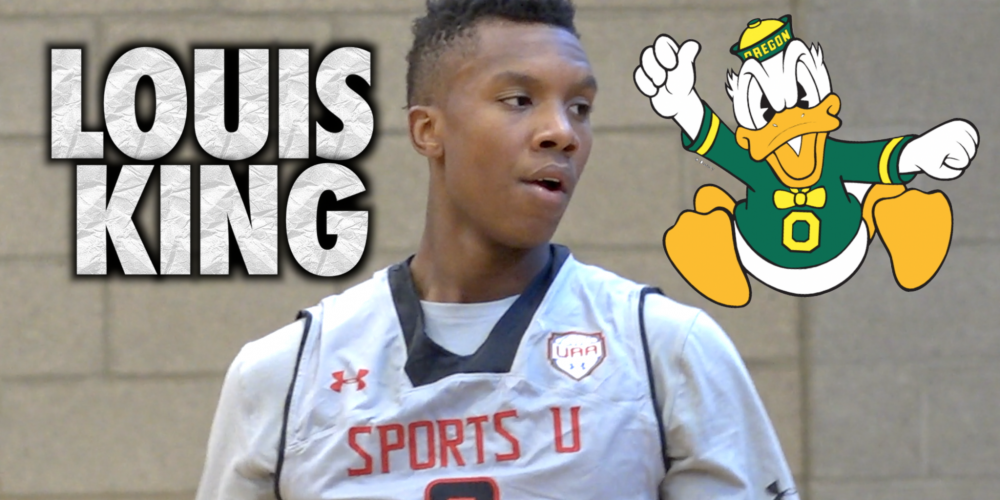 Five-Star recruit Louis King of Hudson Catholic High School announced his commitment to play for the Oregon Ducks via twitter on Thursday evening.

This Is My Decision. pic.twitter.com/cihCxB6w0s

The 6’8 Class of 2018 Forward chose the Ducks over Kansas, UConn, Syracuse, Maryland and Seton Hall. Louis King joins his teammate & Arizona bound Jahvon Quinerly in choosing to head West to play in the Pac-12 Conference. Hudson Catholic will be an early favorite to win the 2018 New Jersey TOC, as they feature Quinerly, King, and Four-Star recruit Luther Muhammad. Jersey Sports Zone has highlights of Louis King throughout his recent high school and AAU seasons. Watch below!