KEANSBURG – Titans quarterback Ian Terry accepted a Monmouth Building Center Game Ball after winning the vote for top performer in Week Two.  Terry had a rushing TD and TD pass in Keansburg’s 22-20 win over Highland Park last week, the first victory of the season for the Titans.

Shore Sports Zone awards two Game Balls every week – one for top performer and one for top play captured by our cameras.  A poll with the nominees is listed every Sunday on shoresportszone.com and voting concludes on Tuesday night at 8:00 pm.  A special thanks to Monmouth Building Center for sponsoring our Game Balls and giving us the opportunity to honor athletes all year long. 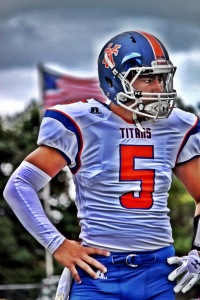 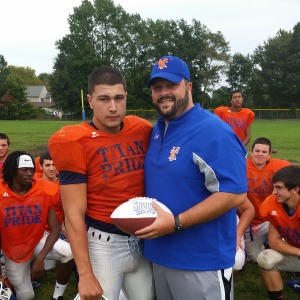