Micah Lancaster has worked with some of the best in basketball including Kobe Bryant, Dwayne Wade, Kyrie Irving and many other NBA stars.  His basketball training methods have been taught around the world.  Lancaster spent this past weekend in Neptune at Hoop Group Headquarters hosting a two day Super Skillcase.  Saturday featured middle school athletes with Sunday bringing some of New Jersey’s top basketball stars from the high school ranks.  Lancaster guided instruction drills in the morning and the afternoon featured 5 on 5 showcase games.  Nick Richards of the Patrick School is set to make his college choice this Thursday between Arizona, Syracuse and Kentucky.  Richards and Ranney sophomore Scottie Lewis put on a dazzling display in a Sunday afternoon showcase. 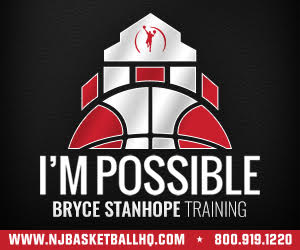 I’m Possible Training sponsors Shore Sports Zone’s coverage of Ranney basketball.  Once again, we’ll have highlights of one of New Jersey’s most exciting basketball programs.  In case you missed it, take a look at the best work from Scottie Lewis and Bryan Antoine during their freshman campaign: