The Seraphs held a 25-24 halftime lead and used its depth to wear down the Scarlet Fliers.  Kyle Elliott led the way with 21 points including a slam to end the third quarter.  Barry Brown paced Neptune with 19 points. 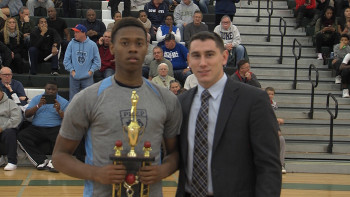 Brendan Barry delivered 29 points to grab MVP honors for the second straight year as the Bulldogs made a statement handing the Knights their first loss of the season.  Collin McDevitt nailed three straight three pointers in the third quarter to spark a double digit lead.  RFH is now 5-1 since Barry has returned from wrist surgery in early December.

The Warriors scored 16 straight points in the 4th quarter to come from behind and remain undefeated.  Devin Jensen scored 19 points and was named the game’s MVP. 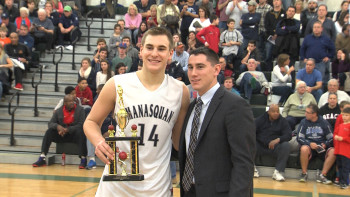 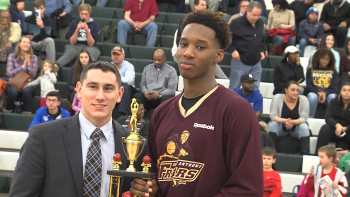 Anthony Velazquez-Rivera nailed five three pointers on the way to a 19 point effort and helped the Green Wave score their second straight impressive win on back to back nights. 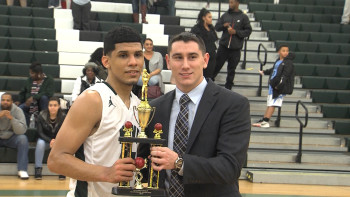