One day after being replaced as head football coach at Rumson-Fair Haven, Bryan Batchler’s attorney has released a statement

One day after officially losing his job as Rumson-Fair Haven head football coach, Bryan Batchler’s attorney released a statement stating that he will not be charged by the Monmouth County Prosecutor’s Office.  Batchler’s attorney, Mitchell Amsell of Amsell, Grimm and Aaron in Ocean Township, confirmed to Shore Sports Zone’s Rich Chrampanis that the allegations surrounding Batchler being placed on administrative leave had to do with “an inappropriate relationship with a student”.  Ansell said that Batchler is reviewing all of his options in regards to pursuing legal action.

The Rumson Fair Haven High School Football team, coached by Bryan Batchler won the State Championship on December 5, 2015. Thereafter, on December 14, 2015, Coach Batchler was placed on Administrative Leave with pay by the Superintendant of the Rumson Fair Haven High School. At that time, we learned that the Monmouth County Prosecutor’s Office had initiated an investigation of Coach Batchler and I was retained to represent him. Coach Batchler and I have been assisting the Monmouth County Prosecutor’s Office and I have been in direct contact with them ever since that date. On February 16, 2016, I received a letter from Thomas Fichter, Special Deputy Attorney General, Acting Assistant Prosecutor, Director of Special Victims Bureau that as a result of their very thorough investigation there would be no criminal charges filed against Coach Batchler.

Unfortunately, the Superintendant did not wait for the outcome of this investigation and advised Coach Batchler that he would not be rehired as the football coach on December 23, 2015. What is most unfortunate about this decision is that the people who will suffer the most are the young men in Rumson Fair Haven who will not have Bryan Batchler as their coach. It is extremely unfortunate that in today’s society people make rash judgments and make assumptions without the benefit of any hard evidence. Essentially, Coach Batchler was falsely accused of criminal conduct and the prosecutor’s office didn’t even find that there was probable cause to believe that any criminal conduct was committed. On behalf of Coach Batchler and his family, he wishes to thank his friends, coaches, current and former players for continued support of him during this very difficult time. Coach Batchler’s record at Rumson precedes him. While he was at RFH his record was 94 – 29 and he was part of four state titles in the past 6 years.

What is most important, however, is that Coach Batchler has now been completely vindicated and all the false rumors, innuendos and baseless allegations that have been made against him have been deemed to be completely incredible and he has been cleared by any wrong doing by the Monmouth County Prosecutor’s Office. 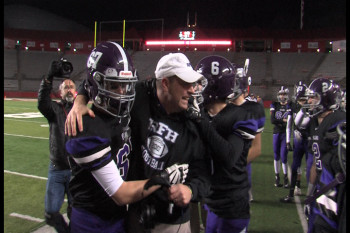 On Monday night, Jerry Schulte was approved to take over Batchler’s role as RFH’s head football coach.  Schulte has been a defensive coordinator in Rumson since 2005 and has had previous head coaching experience at Wall and Mater Dei.  Batchler was 30-6 in three seasons as the Bulldogs head coach winning three straight sectional championships.