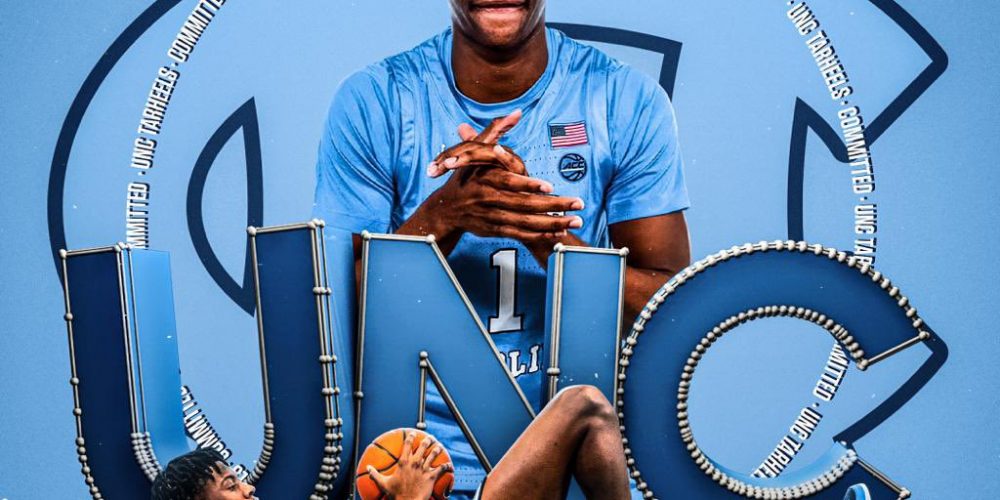 One of the elite, ascending players in the New Jersey high school basketball world didn’t wasted any time in announcing his future home.

Class of 2023 Roselle Catholic guard Simeon Wilcher gave a verbal commitment to the University of North Carolina on Friday night after an official visit last week.

In two seasons at Roselle Catholic, Wilcher blossomed into one of the top players in all of America. Every major scouting and recruiting service has Wilcher ranked as a five-star player and ESPN currently has him at No. 12 overall in the Class of 2023.

Wilcher – a native of nearby Plainfield, New Jersey – was a Jersey Sports Zone Non-Public All-Zone team selection as a sophomore after averaging 12.3 points per game for the 12-3 Lions. His best performance came on January 25 when he recorded a 25 point, 11 rebound, 10 assist triple-double in a 101-75 win over St. Joseph (Met.).

The 6-3, 175 pound point guard flashed some serious skill last season. He has range for the three-pointer and is athletic and strong enough to drive the lane, initiate contact and score in the paint. Wilcher played alongside current University of Connecticut guard Corey Floyd, Jr. at Roselle Catholic last season.

Wilcher is the first 2023 player to commit to UNC and first year head coach Hubert Davis, who replaces legendary coach Roy Williams. Wilcher is also the first of New Jersey’s elite 2023 class to come off the board, too. The others are No. 1 ranked D.J. Wagner (Camden), No. 5 Mackenzie Mgbako (Gill St. Bernard’s), No. 20 Akil Watson (Roselle Catholic) and No. 22 Ahmad Bradshaw (Camden). Those rankings are courtesy of ESPN.

Simeon Wilcher is the younger brother of C.J. Wilcher, a sharpshooting guard at the University of Nebraska.