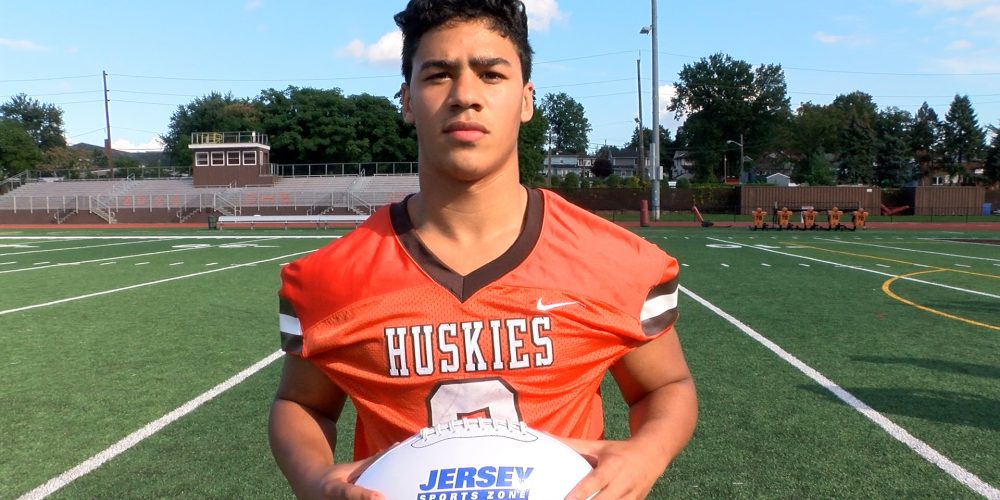 Dumont is in the midst of a program turnaround. The Huskies head into Week 6 with a 4-0 record after going 1-7 a year ago. A big reason behind the team’s success in 2021 has been senior running back Devon Turner.

Last week, Turner had 16 carries for 149 yards and four touchdown runs – along with a 48-yard touchdown catch – in Dumont’s 42-6 win over Dwight-Morrow. Turner was nominated for, and won, JSZ’s Week 5 North Jersey Game Ball for that performance.

JSZ’s Jay Cook presented Turner with his game ball at practice on Thursday: