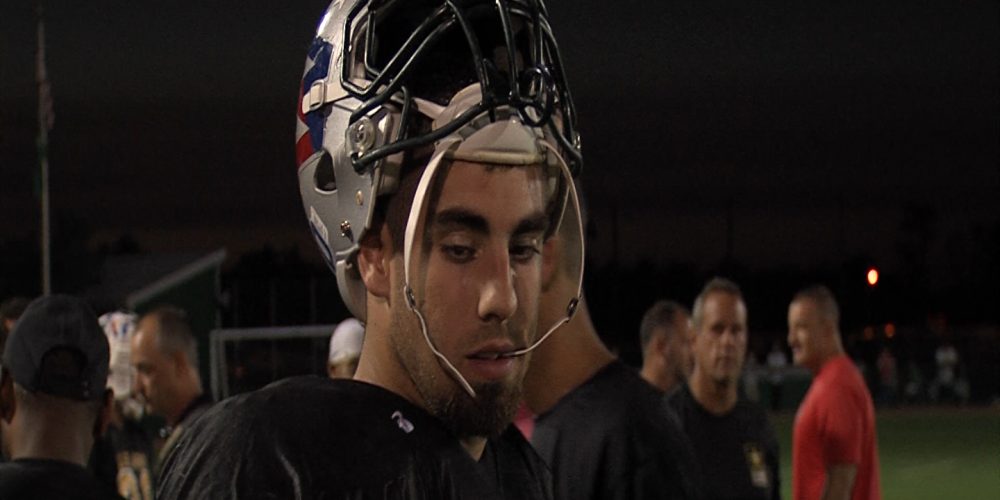 So many of the Shore’s top high school football talent skips the summer all-star circuit, but Colts Neck’s Anthony Gargiulo played in not one, but two showcase games to close out his high school career.

BRICK – College football training camp is right around the corner and it’s understandable that many FBS coaches try to steer their incoming freshman away from the post-season all-star games.   While some states play their post-season games in December, New Jersey plays its games in July, headlined by the Phil Simms North/South All-Star Classic and the Monmouth/Ocean battle annually in the US Army All-Shore Gridiron Classic.

Colts Neck running back Anthony Gargiulo is one of the rare Division I-A players who played and the future college player at Navy played in both All-Star games, scoring the game winner for the South in the Simms game and finding the end zone one more time in a high school uniform in the Gridiron Classic.  The physical runner was named Monmouth County’s offensive MVP to close out his high school career.

Gargiulo chose Navy over offers from Bucknell, Georgetown, Sacred Heart and Villanova.  He topped 1600 yards and scored 27 times in his senior year, leading Colts Neck to the state finals.  Navy went 9-4 in 2013, winning the Armed Forces Bowl against Middle Tennessee State.  The Midshipmen open the 2014 campaign against Ohio State in Baltimore.