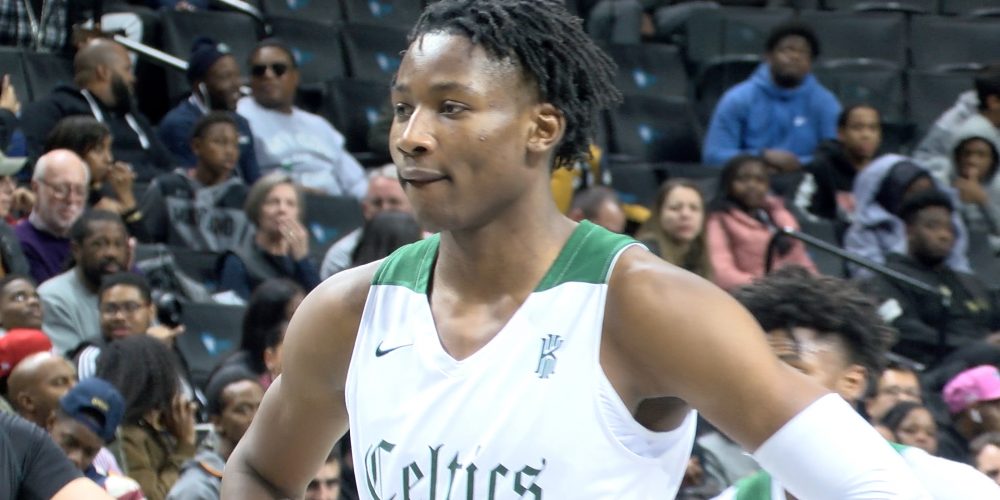 One of the nation’s best basketball players, who briefly called New Jersey home this past winter, is headed to the big stage.

That player in Jonathan Kuminga, the 6-8 star wing, who ultimately played his junior season/final year of high school basketball at The Patrick School.

Kuminga was rated across the board by nearly every recruiting outlet as the top player in the country in the Class of 2021. However, Kuminga was able to graduate from TPS this spring and reclassify as a senior.

Multiple outlets are reporting that Kuminga’s deal with the G League is in the $500,000 range for this upcoming season.

Kuminga, who is a native of the Democratic Republic of the Congo, has long been viewed as a sure-fire No. 1 overall NBA lottery pick since coming to the U.S. He spent two seasons at Our Savior New American high school in New York before transferring to The Patrick School last year.

He averaged 16.2 points per game this season and was one of five finalists for JSZ’s 2020 Mr. Hoop Zone Player of the Year award.

Stay tuned with JSZ for all the latest recruiting news and updates athletes from the Garden State.