Pat Andree scored 26 points to surpass Bob Roma as the Colts all-time leading scorer as the Colts looked sluggish for the first two and a half quarters before pulling away against the Rebels.

Sadiq Palmer reached the 1000 point mark in high school career in the third quarter, but the Caseys spoiled the celebration with a wire to wire win at home.  Terence Calandrillo led RBC with 15 points while Palmer finished the game with 12, all scored in the second half. 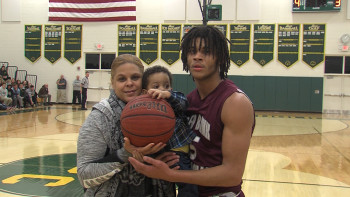 Sadiq Palmer reaches 1000 career points in a loss to RBC

LJ Robinson, Manchester – 28 points in a 65-64 win against Lakewood 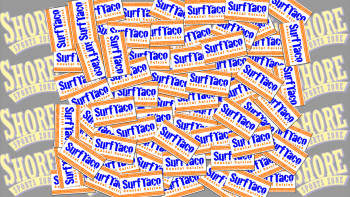 3 of the 4 teams we showed tonight in high school hoops had sponsors.  Thanks to Manasquan Bank (Howell), Navesink Electrical (RBR) and Surf Taco (RBC) for letting us showcase these great schools on a regular basis.  WE STILL NEED A CBA SPONSOR!  We want to show more Colts highlights and features in all sports.  Please contact rich@shoresportszone.com if you know a business that wants to support our CBA coverage